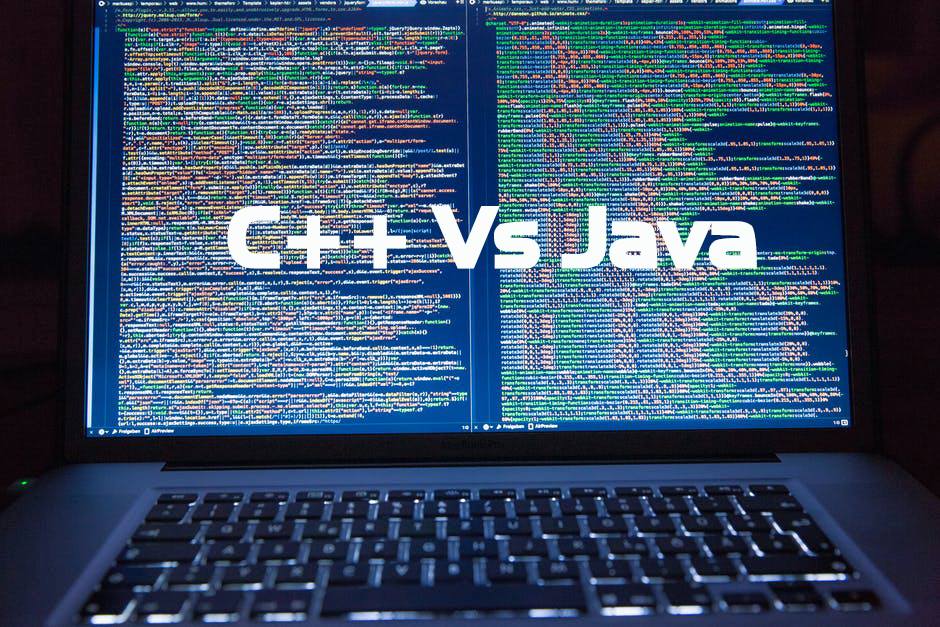 C++ is the advanced version of the C Programming language.  Java Vs. C++ lies in the procedure follows by each programming languages. C is a procedural language whereas C++ follows an object-oriented paradigm. Like Java, C++ represents the class and objects and has an Object Oriented Concept. In this article, we’ll discuss some difference between C++ Vs. java.

C++ is platform dependent because the program develops according to machine architecture.

Java generates the bytecode which runs in any machine architecture. So it is platform independent.

Most of the system programs use C++ as it is nearer to a machine.

From above point, it is clear that C++ stands for system programming.

Java started as an interpreter for printing systems but later extended as a support networking computer. The primary goal of Java was easy to use and accessible to a massive audience.

Java excluded this feature in its programming.

C++ support inheritance and also faces the problem regarding the when two base class have the same function name.

This feature in Java is not available. Java has a new feature called interfaces through which it achieves multiple inheritances.

C++ uses the pointers in the program. You can use it to dynamically allocate memory.

Java pointers internally execute in the program. You have no right to write program related to pointers in Java.

C++ uses compilers to translate the high-level code to machine code. The program compiles according to the architecture in which it runs. So it is platform dependent.

The Java Program compiler generates bytecode. Furthermore, the interpreter executes this bytecode to produce the output. This bytecode can run across many platforms. So Java is platform independent.

8. Call by value and call by reference

C++ has the provision of calling by value as well as calling by reference while passing arguments to the function.

Third-party libraries used in C++ help in support of thread. C++ doesn’t have built-in support for it.

Java has built-in support for a thread. So you can write thread programs.

Virtual Keywords help us to decide whether to override a function or not. C++ use virtual keywords.

C++ runs faster due to its closeness with a machine.

Java is  closer to the user’s application. It is an application programming.

C++ is not a complete Object-Oriented program as it cannot form a single root hierarchy.

Java is a total Object-Oriented program as everything is Java is an object. It composes a single root hierarchy as everything derives from a java.lang object.

Furthermore, if you want to know regarding Buzzwords of java. You may click the following link below:

Java Buzzwords that makes Java Special. - Saral Notes
[…] Java is a pure object-oriented program where everything in Java is object-oriented. The main difference between Java and C++ is the multiple inheritances, which Java replaced with a simple concept of […]